Do you remember the first Repubblica interview?

The one of which cardinal Mueller promised – and delivered – that it would be taken down from the Vatican internet site?

The one of which all Pollyannas were saying it was all fault of the old man Scalfari, because the oh so holy Holy Father would never say such rubbish?

Well, that very interview is up again

The wolves truly have no shame.

God, please free us from Francis.

In your own good time. But please, please free us from this scourge.

Reaping What You Sow: Euthanasia

Introducing a further step in the utter satanical descent of this once Christian Country into the abyss of hell, Lord Falconer is now trying to introduce an euthanasia law on these shores.

The details are perfectly irrelevant, and it is perfectly useless to discuss under which “strictly defined circumstances” a person will be allowed to commit suicide. The principle is that he will be allowed to, and even if the usual incrementalism of Satan’s ways were to provide that, say, initially only terminal illness  would cause the suicide to be allowed, it is very easy to realise this is, in time, going to go mainstream.

Once the principle is accepted, suicide on demand is the unavoidable conclusion. Look only at Belgium, where even teenagers can now be authorised to dispose of themselves in an environmentally friendly way only a decade or so after the initially more restrictive euthanasia law was introduced. And hey: if this is what the boy wants, who are we to judge?

Surely, you think, the Christians still left in the Country will react to this monstrosity like one man!?

Think again. Not only that old nincompoop Tutu has now taken the part of Satan, but the former so-called Archbishop of Canterbury, Lord Carey, has done the same.

Tutu’s position is no surprise, as the man smells of brimstone from very far away. Just remember when he said that he would rather choose hell with the sodomites, than a “homophobic” heaven. But Lord Carey is a different matter, because one would expect from him – proddie as he is – a higher content of Christian Truth. Still, we live in times when a supposed religious authority can say that he has “changed his mind”, because “old philosophic certainties have collapsed”. Boy, what a child. Or an evil mind.

Once again, we see easy emotionalism at play. The proposers of suicide don’t call it “euthanasia” any more, preferring by far the far more modern expression “right to die”. This smells pleasantly of “freedom”, and allows them to present themselves as “oppressed”; whilst the coming, murderous oppression of countless old people put under a subtle, but to them irresistible pressure to put an end to their lives is, clearly, not oppressive at all. In some articles, it is even called “assisted dying”, as if one were assisted whilst he is dying. Well no, it’s assisted suicide. It’s different.

Now, Lord Falconer & Co. go to the extraordinary length of declaring that suicide is not unChristian, because Lord Carey and the devilish Tutu say so. I have no doubt millions of Brits will believe him on the word. This is what Christianity has become in this Country.

This proposed law may be condemned to a slow death on Friday, a fact which Falconer & Co. are now trying to prevent. But even if this should happen, one can clearly see a path here, with the “suicide squad” promptly using all the tools of the sodomites: whining, cries of “oppression”, call to “freedom”. I wonder how long it is before adjectives like “choiceophobic” start circulating.

Make no mistake: unless the pendulum start swinging on the other side, this euthanasia law is going to enter the statute books; probably in the next parliament if not in this one, but almost certainly in the one thereafter. It is the logic of godlessness and embracing of everything satanic, of rebellion to God in everything, that demands that it be so.

This is not only, mind, going to cause the loss of lives. It is going to cause the loss of countless souls, as many who are perfectly able to discern what they are doing deliberately choose suicide; the most elementary rebellion to natural law and, therefore, an act by which no “but God, Lord Carey and Desmond Tutu had told that this was perfectly Christian!” will ever wash.

And so we see how, fifty years after the revolution of the Sixties, the Revolution eats its children. Not only the symbolic ones – the young sodomites and their friends and supporters, say – but, literally, the same potheads who started the mess; a generation facing in the next decades the full brunt of the new legislation in many European countries, and deciding to put a miserable end to the hopes of their soul as they have lived miserable lives in opposition to God’s law.

This will be the fitting end of their “love” madness, as their delusion of godless “love” becomes eternal hate and despair.

The generation that sow mass rebellion reaps mass damnation. Really, it’s as simple as that. 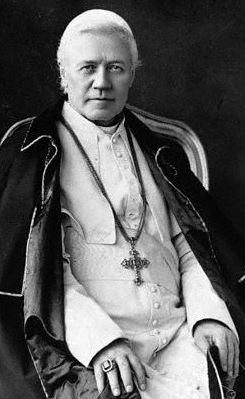 Awfully sorry, Your Holiness, but the Spirit has gone past your ideas now…

“The idea, therefore, is to save mankind, in the sense of restoring him to the centre: to the centre of society, of thought, of reflection. Restoring mankind to the centre. You do good work. You study, reflect, hold conferences for this reason – so that mankind is not discarded.”

Pope Francis is all in this phrase.

As around 70 people get a nice holiday in Rome to try to give sense to the economics nonsense of the man in Evangelii Gaudium, and thus try to save his face as much as they can by saying no, the Pope is for Capitalism and no, the Pope isn’t a nincompoop who does not know what he is talking about,  Francis keeps spreading his own secular thinking.

A man obsessed with removing Christ from the centre (of society, of thought, of reflection) and with putting mankind at his place.

A Che Guevara in white. And a stupid one at that.

Please pray that this disgrace be taken away from us as soon as possible.

The Lord Gave, And Belgium Hath Taken Away. 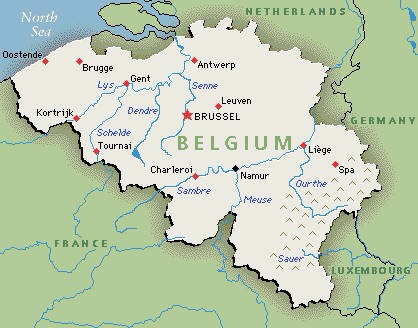 I said in mine heart, God shall judge the righteous and the wicked: for there is a time there for every purpose and for every work.

In the unbelievable days we are living there is nothing impossible anymore. It is as if a fury of self-destruction had taken hold of once Christian Countries, and would now aim at the annihilation of Christian values with the same energy with which once Crusades were waged, and heresy fought.

What the Belgian Parliament has done exceeds even the boundaries of common insanity. It is evil in its purest form. Evil shouted out in a very loud manner, and sugarcoated with Satan’s favourite weapon: a fake good-ism, a parody of mercy unable to mask the atrocious reality of a boundless cynicism, and an ice cold disregard for…

Comments Off on The Lord Gave, And Belgium Hath Taken Away.