Every time you think Francis can’t make of himself a more ridiculous clown than he already is, he disappoints you and finds the way to reach a new low.

This truly is a justin-bieber papacy.

Taking part to the Tour de France, or to the London Marathon? Francis exhibits himself in the Hula Hoop together with that silly singing nun? Macarena with Cristina Fernandez de Kirchner? Twerking with the Chaouqui woman?

The press would be delighted, and everyone who hasn’t a working brain would be so very excited.

What an unmitigated disaster, and utter disgrace.

The Football World Cup will be, then, decided on Sunday between Argentina and Germany; exactly as in 1986 (when Argentina won) and 1990 (when Germany did).

I will support Germany. This is clearly against my patriotic football interest, as Germany would reach the up to now lone Italy at 4 victories, with only Brasil at 5. Argentina has “only” two victories (1978 and, as mentioned, 1986), so they would still remain behind us.

Still, I think that the German squad has showed the planet how to play football, and even without the glorious day in Belo Horizonte I think they would, on the whole and from what we have seen up to now, clearly deserve to win in preference of a rather lacklustre, if at times brilliant, Argentina. Plus, they do not tattoo themselves like savages and do not carry hair like they are the Mao-Mao.

Coincidentally, this match also… matches the Countries of the Pontiff Emeritus and the Pope (I don’t like at all the “two Popes” rhetoric; one is Pope; the other was, and keeps a title, like, say, every former “Primo Ministro” or “Presidente della Repubblica” in Italy).

I think of the strange coincidence of this (which amplifies the other one: Argentina against Switzerland, with the cartoons with the Pope on one side and his Swiss Guards on the other…), and would like to point out two things: one sporty, and one religious.

1. The Germans would never, ever boast of a World Championship won with an unfair and unsporting behaviour, and call it “the hand of God”. Never, ever. But then again I look at Bergoglio, who thinks Jesus deceived his disciples, and understand how he, and too many of them, think.

2. If Germany wins, Benedict will probably stay silent, or will – like the kind of gentle, self-effacing person he is – express a word or two of satisfaction only if really pressed by the media.

If Argentina wins, I shudder at the thought of what might happen: from the Pope dressed in footballer attire, to an Argentine trikot on the main altar of Santa Maria Maggiore, to a deluge of “selfies”, to improvised and not-entirely-sober video messages to the Argentinian people, nothing can be said to be below the abysmally low level of this man.

If not for love of their football, at least for fear of the “selfies”. 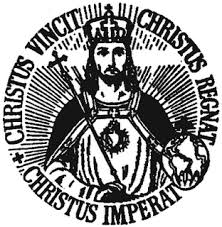 You would have thought the BBC is really the worst, but this is not always – if often – the case.

The Second Channel of the Italian State Television, RAI2, has broadcasted an infamous, blasphemous, dirty, perverted “comic” piece, in which Jesus is offended to the point of making him appear the lover of St. Peter, with a clear allusion to Sodomarriage.

The Italian prosecutors have been informed.

If the legal system has not changed since my time, an investigation will now have to take place.

RAI has refused to apologise or retract.

A petition is now ongoing.

I attach the link in Italian.

Involuntary humour at the site of His Hermeneuticalness, where the problem of – I kid you not – people who walk away with communion is dealt with.

What to do, asks the excellent author. People so addressed can easily lose their temper, so the matter of people simply going away with the Body of Christ must be dealt with in an appropriately sensitive manner.

Have some “guardians” near the priest, says one.

Yes, says another, “communion guardians” are becoming more frequent int he US because of the danger of willful desecration.

Ushers should do the job, says a third.

Oh, how stupid our pre-Vatican II ancestor were, who would distribute on the tongue!

We have tons of useless apps, so we must be smarter. 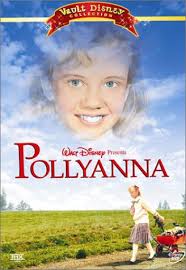 A blogger on a famous multi-faith (and none) blog multinational made my day today, with the wonderful explanation of why the Bishop of Rome always – and particularly on the famous aeroplane – talks as if he had one Litre Fernet (the Argentinians like it a lot, I am told; like the Italians) in his humble stomach.

It all has to do with Sun-Tzu and his Art of War, you see.

1. Francis just shuts up in the face of huge attacks on Christianity, for months.

2. Then, he surprises the enemy by showing he is on their side.

3. This leaves the enemy utterly without defence or orientation, because of all things they were certainly not expecting the Pope… to be on their side. The shock!

Comments Off on Extreme Pollyann-Ing