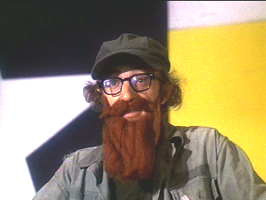 As we enter the seventh year of FeancisMayhem, let us take stock of where we are and, more importantly, what damage the Evil Clown can still do.

I think it is a fair assessment to say that, by now, the game is utterly and completely up. Francis is seen as a sugary socialist by most observers, Catholic or not. His Pontificate might still be praised by some; but they are exactly the people who are an indictment of his Pontificate exactly as they praise it.

Most must see Francis , more or less clearly, as I do: like another example of dumb South and Central American Dictator, like they were so frequent when I was growing up: corrupt, arrogant, stupid, economically inept and staggeringly incompetent.

Those dictators cared for their enrichment, and embezzled all they could whilst they could. Francis has no possibility of doing the same. Therefore, his priority has been to satisfy all his childish whims, lashing out at the Church he has always hated whilst he was scrounging out of Her for a lifetime and pushing to the extremes his dumb, arrogant, economicslly inept socialist fantasies with legendary incompetence.

Thankfully, the man never had the brains for subtlety, or a brilliant brain at all, or he would have been way more dangerous. The Lord in His Goodness allowed us to be punished by way of a dumb guy. Francis, who has the strategic ability of a six year old and the tactical skills of a toddler, had to have his way and satisfy his whims every single time; either thinking that no FFI scandal and no paedo protection mistake would damage his standing, or – which is even more childish – not caring about any of it, provided he can keep throwing toys out of the pram every time he feels like it.

This Pontificate is now Bananas-on-Tiber.

God has been merciful in His punishment in the end.