No, The Timing Is Not “Unfortunate”.

Cardinal Müller would have let it known that the timing of the publication of “Remaining in the Truth of a Christ” is unfortunate.

He does not retract or modify one word of his statement. He merely points out it was published already (in the German and Italian Press) months before Cardinal Kasper’s “profound and serene theology” exercise.

He is, therefore, not attacking anyone. Much less his own esteemed colleague.

Yours truly would like to make an observation or two on this.

1. One suspects for the Cardinal (Müller, I mean) the Truth must be said in season, but not out of season. It would be “unfortunate” to do so.

2. The date of publication, 1 October 2014, has been known a while, and it must have been obvious to everyone it was not chosen at random. It wasn’t, because it was necessary for this not to be so.

3. Cardinal Müller, who is a theologian, knows that “serene and profound” heresy has gone on for decades in Germany and elsewhere. When he wrote his intervention and had it published, he most certainly knew it would go square against the Kaspertruppen.

4. More in general, we can’t attack heresy without attacking the heretics. It is clear that one who defends the ban on communion for concubines as being a fundamental part of the Catholic doctrine and the obvious result of what Holy Communion is, at the same time accuses those supporting the contrary position of striking at Catholicism’s very core. There can be no beating around the bush here: this is an accusation of material heresy.

Not very amusingly, we live in times in which the heretics are considered “serene and profound” in their heretical theology and those who, at least in this, defend orthodoxy must defend themselves with these ridiculous excuses about the timing, and the like.

My little advice to Cardinal Müller would be to stand his ground firmly.

If TMAHICH values orthodoxy (yours truly breaks in uncontrollable laughter… recovers himself… slowly…. he is now ready to go on…) , Müller has nothing to fear.

If TMAHICH thinks him too conservative, no amount of subtle distinguos as to why he is not really attacking Kasper will save his chair.

A chair at which, I am sure, his opponents are sawing as I write this.

Another example of the battle lines now forming in preparation of the Extraordinary Synod arrives from Rorate Caeli.

On the one hand, an abysmal failure of a bishop; one of those who have reduced the once very Catholic Belgium into a wasteland with perverted wannabe marriages and euthanasia. The man – who, if we are honest, looks like a crossing between a fag and a eunuch; like so many of his rosy, puffy, harmless colleagues – reflects on the crisis all around him, and the thought that he might be the problem does not enter his mind. No, more of him and of those like him is the solution. A church more accommodating, more complicitous, more superfluous than he himself already is. If the Bishop is a fag, he is a very stupid one.

Thankfully, not every bishop thinks in the same manner; at least, not all the times.

They aren’t all atheists, then, these Western bishops. They aren’t all obsessed with being popular, and in the graces of TMAHICH. Some of them do have some fear of the Lord left. Some of them do understand that to be silent is to be an accomplice. Some of them still think a Bishop than a stupid marketing man, peddling an even more stupid product, with an extremely high content of saccharin, in which the public is not interested.

How many of them are there around in Western Europe? Clearly the minority. Perhaps a tiny one.

The skull of the others will pave the ways of hell. A hell in which they clearly do not believe.

Look at Bishop’s puffy, self-satisfied, smug fag-face and make your own estimate about the odds in his sad case. Which means, of course, that it is a work for mercy to pray for his conversion and repentance; fag-face and all.

Male-only Priesthood: CNN gets it right

Barring women from being Catholic priests is not the result of sexism 2,000 years ago, it’s because women cannot fulfill a basic function of the priesthood, “standing in the place of Jesus,” a leading British Catholic thinker argued Monday.

This is the incipit of a CNN contribution about the same matter of the money-wasting but economy-helping wymyn I have covered here.

Note the difference with much of today’s superficial journalism: the article starts with the clear statement of a fact, coming from the only source authorised to say what the facts in the matter are.

Liberals and the Right to Cannibalism 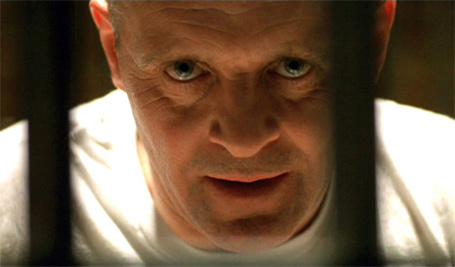 Absolutely brilliant entry from Matthew Archbold regarding a spoof restaurant adv inviting clients to “donate a part of their body” to the restaurant and also looking for an “open-minded surgeon”.

Having reported the news, Mr. Archbold rightly reflects that a society allowing everything two adults consent to should also not have a problem in allowing cannibalism; similarly, a society allowing a mother to kill a baby in her womb shouldn’t be too much upset at allowing that same person to get rid of, say, a toe or some pounds of flesh she might desire to shed.

The reflection is more serious than it could appear. We live in a society that whilst remaining Christian in many ways and therefore reacting in an automatic way to many Christian taboos (cannibalism, incest, bestiality to name a few) has partially decided to set aside Christian thinking in some other matters (abortion, euthanasia and…