← Useless Churchmen And Illegal Immigrants.
Private Audiences In The Time Of Stalin → 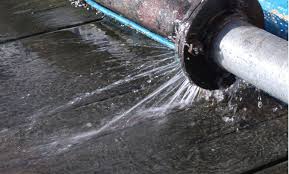 Allegory of the Vatican

Sandro Magister has been deprived of the accreditation by the press office of the Holy See. Let’s spend two words on this.

1. Magister has not been “silenced”. He will still get all the information he needs, and will still write (pretty much) all that he wants. He will not be there “live” when Lombardi lombardises, is all.

2. Magister has leaked a draft, and he has said so. It is inconceivable that the press office of the Vatican woul dsay to journalist “we will let you have the right version of the encyclical, but for now here is the wrong one for you to familiarise with it”. No. This was a “classic” leak: internal source gives a journalist a document, which he then publishes.

3. To publish leaked documents is what journalists do. It’s their damned job. Lombardi & Co. should care that there are no leaks in the first place, rather than crucifying a journalist for exposing their own incompetence.

4. To repeat: there was no breach of trust. Lombardi has obviously not broken any embargo. He has not been handed a document from the Vatican press office and has disobeyed the instructions related to it. He has done what journalists do: published a document leaked to him.

5. It is good that the draft was published. People with a tougher stomach than myself will confront the two versions and expose the small adjustments, in which the most obvious giveaways of the Nazi ideology behind this document were removed because… too openly Nazi.

6. The draft has been published in its entirety. If these people were a tad smart they would put codes in any of the draft copies – a praxis used for decades – to identify the owner of the leaked draft. I can’t imagine that at the Vatican they are so stupid that they don’t know this. I rather suspect they are too lazy to work properly, or too incompetent to care for propriety.

But notice how the world goes: another huge leak bares all the inefficiency of the Vatican, and the culprit is a journalist.

By the by: Magister is a big, big name. The removal of his accreditation will have zero consequences for him. But he will make a note of this episode, and remember it at the appropriate juncture.