However The Synod’s Outcome, This Pontificate Has Gone Down In Flames. 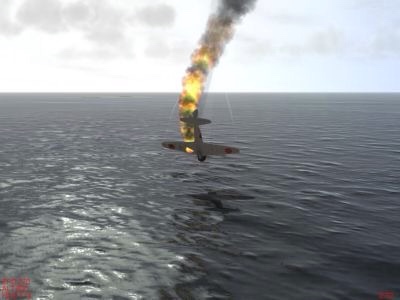 This is the day the world wakes up to a simple reality: however bad the outcome for Catholicism, this Pontificate has gone down in flames.

If Francis renounces to the Great Heretical Push, no amount of senseless grappa waffle will manage to hide his complete failure as the Great Revolutionary Pope. Everything he has done and said in these two years, beginning from the name arrogantly chosen to show how different he was from all the others, will scream one thing and one thing only: buffoon.

Mind, not in the eyes of the sound Catholics (to them, he is a heretical buffoon: big difference), but in the eyes of his very own fan base: the perverts, the adulterers, the dissenters of all types. They will be enraged, and will call him a hypocrite, and a complete failure. I prefer “Jesuit” as more descriptive, but yeah, hypocrite and complete failure is very fitting, too.

Alternatively, we could see some last minute attempt to push his own agenda, just as the “failed pontificate” headlines start to appear everywhere. In this case, the failure would be disastrous. Even the secular press understands that if you plunge the Church in a crisis not seen in centuries you have failed miserably. The narrative of the Pope who risks splitting the Church in order to promote his own agenda has echoed several times, and the funniest of this all is that the secular journalists writing it seem to have no idea of what brutal indictment of the Pope in the eyes of a (true) Catholic this is.

Francis is now cornered, and has no way out. It is at this point entirely unrealistic to think that the bishops who crushed his homoerotic, adulterous push last year and this year will allow him to get away with the third attempt, however masked or presented. No, it is not realistic to think this will happen. Francis will be damaged goods if he caves in to his bishops, and destroyed goods if he goes nuclear against them. He cannot win this anymore, he can only choose in which way he goes down.

A Pope is not a politician. A politician can seem abandoned today, and very strong in one year's time. A Pope's standing is directly linked to his prestige as a beacon of truth. Francis has compromised his (supposed) orthodox credentials irretrievably, and this is a virginity which, once lost, can never be recovered.

The old nincompoop will, if he is good advised, attempt an orderly retreat by accepting in toto the rejection of the heresy of Kasper, renounce to every idea of Church breakup, and limit himself to his stupid, senseless waffle no one even listens to anymore. There some environ-mental gathering or other in the next weeks, he can go make an ass of himself there, and look for easy applause where his job is not in danger. Next year, he could then resign and fly off to Argentina. A halfway graceful exit would spare him the last humiliations, and he would have at least the hope of a Christian burial, provided he is interested in one.

Mind, I write this as everything could still happen. I write this as the man still has his finger on the nuclear button. He is clearly an incompetent, arrogant idiot, so there's no saying what stupid things he might attempt. But there is no doubt in my mind that something very bad to his papacy has happened today, and this disgraceful pontificate is now damaged beyond repair.

I can see the day even Michael Voris starts to criticise him.

That day, you'll know this obscene pontificate is well and truly finished.

Francis Defeated In Battle Of Kursk. War Rages On.

I have compared a couple of times Francis' machinations concerning the Synod with the Battle of Kursk: a buildup many months long, followed by a huge confrontation of extreme importance.

I woke up this morning to discover that the last reports (those we should not have seen) of the circuli minores have been published, and now it's official: Francis has lost the battle for the Synod, and he has lost it big time.

From what I understand – I will read as time allows – there is a lot of sensitive waffle and V II rubbish, but the heresy of Kasper has been soundly defeated. Even the WSJ, whose journalists obviously understand zippo of Catholicism, got the message, which will now go around the world in a matter of hours.

Possible war theatres in the next hours and weeks are the following:

1. The final Relatio ignores or gravely manipulates the reports, and paints a Francislike approach to heresy. Improbable, once the reports of the circuli minores have been published; but in the cards considering the stupidity and arrogance of the man.

2. The vote on the final Relatio is rigged, and the huge liberal uproar goes around the world because the like of Rosica explain to us that there was some problem with the electronic count. Improbable, perhaps; but how probable would you have considered an organised mass theft of books within the Vatican walls? The thieves of last year are the same people organising things this year. You have been warned.

3. Francis decides to simply defy the Church, and to allow himself his little “here I stand; I can do no other”-moment. He releases a document – however called – diametrically opposed to Church teaching in the name of mercy, or rather of Peron. The Grima Wormtongues applaud, finally discovering that yes, Jesus is rolling his eyes at Catholicism. Catholics are up in arms in no time. Civil war ensues.

4. Francis decides to keep quiet for a while. In December, at the start of the Year Of False Mercy, he comes up with some heretical stunt of his (say: “for the duration of the year of mercy only, adulterers and all my fag friends are allowed to receive communion”), obviously in the name of “mercy”; and then tries to counter the reactions saying “why are you angry? I extended the same “mercy” to the SSPX, too!”. The Grima Wormtongues praise the inclusiveness of the man. Catholics start the insurrection against heresy. Civil war ensues.

These are four possible scenarios I can well imagine. The man is stupid, so there's really no saying what he will do next.

We must remain very vigilant.

The war rages on.

Comments Off on The “Social Control” Reblog

Excellent post of Vox Cantoris about the homosexual cancer now afflicting the Church.

Two (at least) of my favourite issues are there:

It is nothing less than astonishing that these disgusting sin, even in my younger years not even mentioned in polite society, but chosen for expletive language in every society because of the obvious disgust it provokes, has become something we must find attention in even describing,lest any fag should feel “hurt”.

Oh, they are “hurt” all right. Only, they are hurt in some other place.

It is time to slowly start going back to sanity, call abomination for what it is, and confine every hint to sodomitical behaviour where it belongs: expressions of insult, mockery and disgust.